As an active independent curator in Chicago, I organize large scale multi-concert festivals, music series, as well as one-off concerts. My focus has largely been on both acoustic experimental and on new music. My curatorial work has been featured in the Chicago Tribune's best concerts of the year and my concerts are reguarly previewed in the Chicago Reader, my festivals reviewed and previewed in numerous other Chicago arts and music sources, in addition to WBEZ's  "Eight-Fourty-Eight." For my activities as a curator, producer, performer, composer, and as a music academic, I was profiled in the Chicago Tribune in 2013.

In 2010,  I founded a•pe•ri•od•ic, a Chicago-based performance collective featuring post-Cagean notated, acoustic, experimental music, in which I program, direct, and perform. a•pe•ri•od•ic's repertoire explores the indeterminacy of various musical elements including instrumentation, structure, pitch, and/or duration. Drawn to works of sparseness, contemplation, and quietude, and described by the Chicago reader as "the city's most stalwart advocate for post-John Cage experimental music." I founded the group to focus on scores primarily notated with prose. The ensemble has commissioned, premiered, and recorded works by composers such as Michael Pisaro, Catherine Lamb, Heather Frasch, Eva-Maria Houben, Jürg Frey, Christiane Wolff, Olivia Block, Laurence Crane, and Pauline Oliveros.

As the founder, artistic director, and board president of the ensemble, I oversee all apsects of the ensemble. I regularly partner with institutions like the Goethe Institute of Chicago, the Gray Center for Arts and Inquiry, and local Universities to bring in internatinoal composers to work with the ensemble direclty for residencies, concerts and festivals. I work with an international network of composers and performers such as Italian cellist, Deborah Walker, British double bassist, Dominic Lash, German composers Kunsu Shim and Gerhard Staebler, and Wandelweiser composers Jürg Frey, Michael Pisaro, and Eva-Maria Houben. a•pe•ri•od•ic released its debut album, more or less, featuring the music of Frey in 2014, and its second album featuring 4 works written for the ensemble in 2019, both which I organized, performed on, and executive produced, released under New Focus Recordings.

From September - December 2016, a•pe•ri•od•ic gained Sponsored Artistship at High Concept Labs, a Chicago based artist residency and incubator. There, we worked on preparing the US premiere of Tim Parkinson’s ‘trash’ opera Time With People, which took place in February 2017. I arranged several tours with this opera, and the ensemble performed it at Oberlin, the University of Iowa, Beloit College, and the Arts Club of Chicago. a•pe•ri•od•ic also gave performances throughout the Chicago area as part of multiple festivals.

The largest festival to date that I fully and independentaly organized from start to finish. I curated, organized and directed the  5-concert John Cage Centennial festival which featured performers from throughout the Midwest. I coordinated press, publicity, and wrote program notes and program booklet. I contracted ensembles and performers, and secured rehearsal and performance spaces. The festival  featured an array of works from throughout Cage's long carrier and included the very rarely performed  multimedia Variations V  for which I was able to get a Cunningham dancer to participate in the performance. The festival took place at several venues throughout the city, and all sold out performances, including the Chicago History Museum, The Fine Arts Building, The Flat Iron’s Collaboraction Theatre, and Piano Forte. Each concert sold out. Previews and reviews of the festival appeared in the Chicago Tribune, Timeout Chicago, New City, and The Chicago Reader.

“Three Beats: A prepared-piano preview of A John Cage Festival”

As one of the leading US organizers of Wandelweiser music, I co-produced along with music journalist and curator, Peter Margasak, the Chicago Wandelweiser Festival, the first serious showcase of this influential composer group in the city. Wandelweiser composers Jürg Frey and Eva-Maria Houben, as well as pianist R. Andrew Lee joined a.pe.ri.od.ic ensemble to perform on this 3-day festival. The festival began with a.pe.ri.od.ic’s CD release concert celebrating More or Less, a new recording of Frey’s music. The festival also included a Wandelweiser group panel discussion moderated by Seth Brodsky with composers Frey and Houben, pianist Lee, and myself, and a solo piano recital by Lee featuring works by Frey, Houben, Michael Pisaro, and Craig Shepard. The festival ended with an organ recital by Houben at Rockefeller Chapel. Houben, Frey, and I were welcomed to WFMT on Seth Boustead’s Relevant Tones new music radio show to discuss the Wandelweiser group’s music.

I co-organized along with Shanna Gutierrez the first major US festival of the music of Galina Ustvolskaya, "Power in Sound," a 3-day immersion into the powerful and intense music of  the "lady with the hammer" (Elmer Schonberger) for her characteristic use of heavy, homohponic blocks of sound. Three concerts across three unique venues features solo, small and large ensemble works were featured.  Shanna and I teamed up with the University of Illinois at Chicago's Slavic Department and the University of Chicago's Department of Music who co-organized a concurrent symposium on lost soviet arts held in conjuction with the fesitval with Richard Taruskin as  keynote speaker. Our festival was named as one of the top concerts of the year in the Chicago Tribune.

The Chicago Tribune "The Essential Galina Ustvolskaya brought to vibrant life... in a word: Go"

"The first US festival devoted to the work of Galina Ustvolskaya" 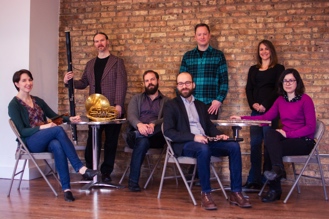 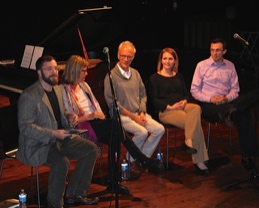 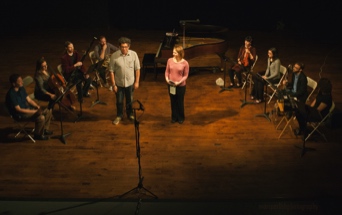 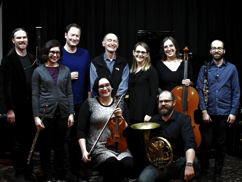 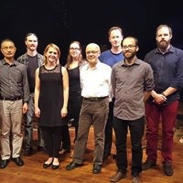 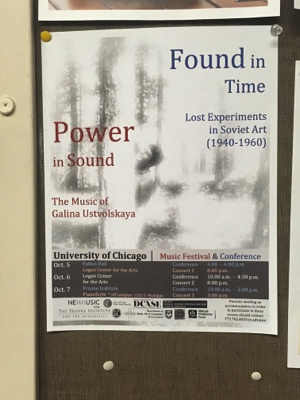 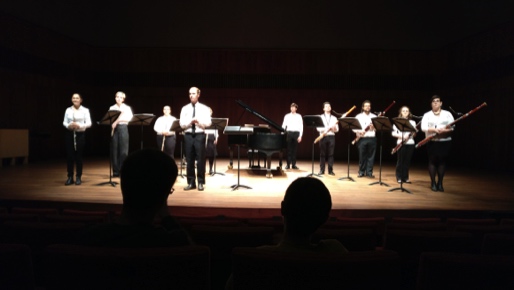 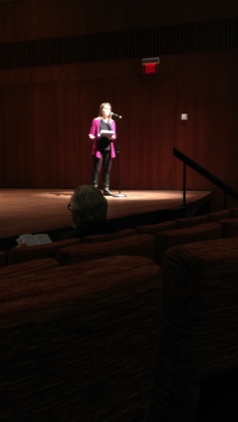